Series update after Round 1 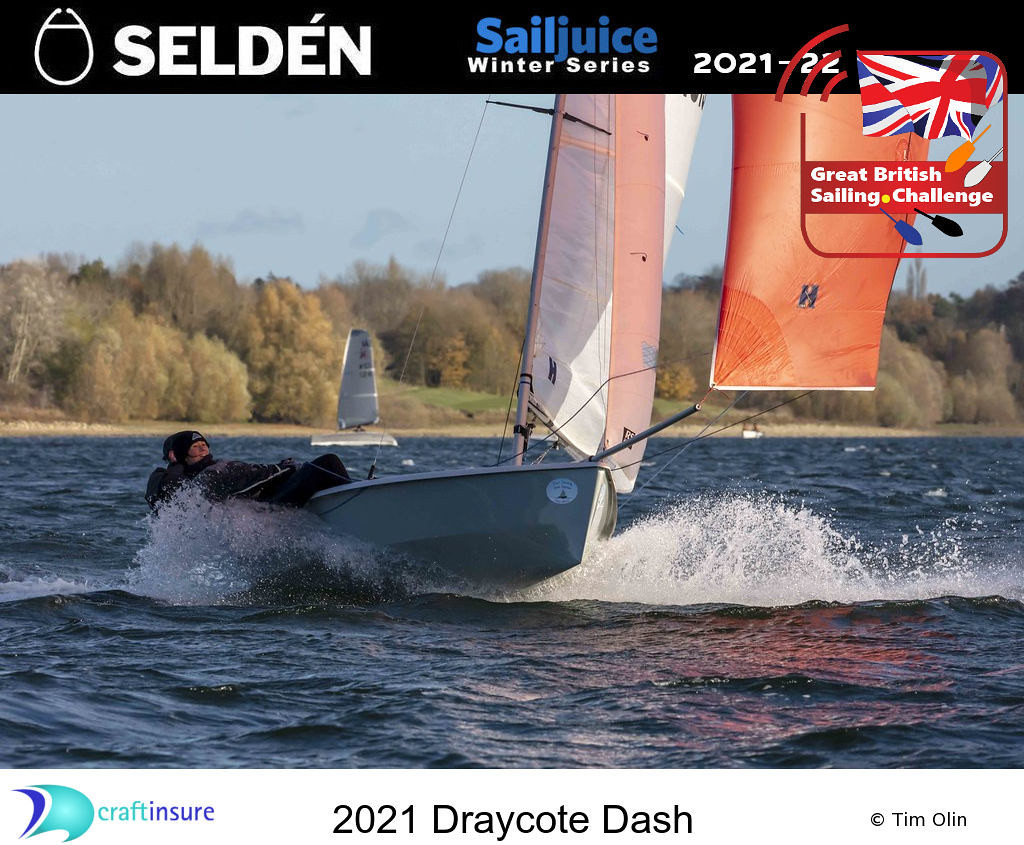 In addition to the overall results, there are a number of specialist rankings, reflecting the fantastic diversity of the UK dinghy racing scene.

Sailing is one of the few lifelong sports where all ages can compete and importantly all the family can participate together.  It was great to see several family teams competing at Draycote,  either in the same boat or across different classes.  The winner of the Craftinsure Family Rankings will get the great prize of insurance for their boat.  The Birds’ Enterprise tops the rankings sailed by Nigel and Andy. In second,  John Knight in a Supernova with Sam in an RS400.  Completing the podium,  father and daughter Hugh and Ellen Devereux in a GP14.

With the winners taking away a big Trident voucher to spend on their club,  the Trident Top Club rankings are highly contested.  Based on the best three results for each club across every race.  Hosts Draycote Water SC fielded a strong team and top the rankings, closely followed by Emberton Park SC and Staunton Harold SC.

Based on the best three results for each class across every race. The 505s had a large entry at Draycote with two boats in the top 10,  including winners Roger Gilbert and Ben McGrane, so no surprise to see the 505 class leading the RestartSailing Top Class rankings after round 1,  with the RS200s and Rs Aero 7s completing the podium,  two classes that have regularly been near the top of these rankings over the years.

Sunday saw some great breezes for the long-distance Draycote Dash pursuit race,  and many boats recording sustained speeds in double figures on the SailRacer GPS trackers.   Winners Roger Gilbert and Ben McGrane in their 505 posted the fastest speed with a sustained 12.32 kts.  On adjusted speeds,  Graham Hall (Challenger) was top,  and despite racing one of the slowest boats still achieved an unadjusted sustained 10.08 kts.  Followed closely by the RS Aeros of Pere Barton and Selden's Steve Norbury.

Great to see a strong youth fleet out at Draycote,  local Joe Rowe representing the Draycote Academy in his Topper was No.1 youth and also top junior.  Impressively Joe was third in the pursuit race leading till the dying minutes and after racing hard for two hours.
https://enter.sailracer.org/eventsites/results_mainp.asp?eventid=222049&templ=222049&classtype=Youth

The RS200 of James Williams and Sarah Tuppen,  Chew Valley Sailing Club,  had a great first day at Draycote,  and provisional overnight leaders,  and head  the 19-30 age rankings.

Last winter's runner up Luke Fisher (RS Vareo - Emberton Park SC), had a great start to his campaign with a third overall and on extracted results heading the large 31-60 age rankings.
https://enter.sailracer.org/eventsites/results_mainp.asp?eventid=222049&templ=222049&classtype=31-60

The RS400s were out in force at Draycote and took the top three places,  with Sam Knight and Chris Bownes (RS400 - Bartley SC).
https://enter.sailracer.org/eventsites/results_mainp.asp?eventid=222049&templ=222049&classtype=FastA


Seldén Mast Ltd is the world leader in dinghy spars. More races are won by Seldén Spars than any other brand. Dinghy spars are made using Seldén unique XPS aluminium with CNC cut tapers, automated welding and heat treating resulting in the highest quality and most consistent dinghy spars available. Seldén also produces about 400 carbon masts per year for boats including high performance dinghies and race yachts using state of the art Mandrel Filament Moulding Technology.