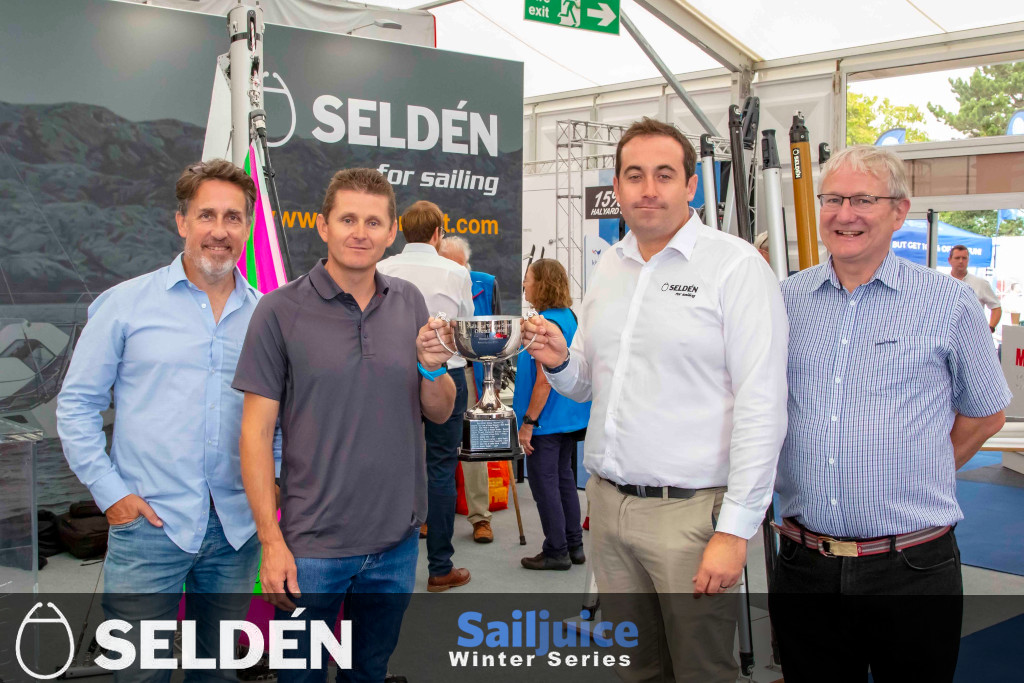 The 13th edition of the Seldén SailJuice Winter Series kicks off in a couple of months’ time, starting with the Fernhurst Books Draycote Dash on 20 & 21 November 2021. In total there are nine events in this winter’s calendar, concluding with the Oxford Blue on 19 February 2022.

Competitors will count their four best scores from the nine events. With the uncertainties around Covid still around, and only one event completed last winter, the aim is to have sufficient events to constitute a viable series even if some of them are unable to go ahead.

There is also going to be a North & South day on 27 December when two events will take place at the same time: the Yorkshire Dales Brass Monkey in the north and five hours drive further south, the Burghfield Breezer just off the M4 motorway in Berkshire.

The Series has a good track record of retaining long-term sponsors. Founder and co-organiser of the Series, Andy Rice, comments: “We’re really pleased to have Seldén onboard for their fourth year as title sponsor for the 21/22 series. We thought that the pandemic would have a negative impact on the marine sector but for many the opposite seems to be true, including for Seldén, who are reporting very good business over the past 18 months.”

As ever, the Seldén SailJuice Winter Series aims to appeal to as many classes as possible, with typically almost 100 different types of boat represented across the season. The Great Lakes Handicap numbers continue to be refined every season and are well proven to deliver fair racing most of the time.

Some fleets choose to use some of the events as their class championships, such as the RS Aero which typically brings up to 50 boats for the concluding event of the season, the Oxford Blue, which in recent years has served as the Aero Winter Championships.

The YouTube briefing has become increasingly popular in recent years. Last season and the Covid restrictions brought the need for virtual prizegivings, some of which may well stay beyond the pandemic. Co-organiser of the Series, Simon Lovesey, explains: “Sailors appreciate the ability to watch the race officers’ briefings a day or two in advance of driving to the venue. With just eight or so hours of daylight, time is in short supply. Holding a prizegiving soon after racing puts the scorers under pressure to produce accurate results in a very short time, while many competitors want to get back in their cars and set out on the long journey home. So we’re open to holding virtual prizegivings when it suits club and competitors to do so.”

Entry for the events opens in a few weeks at www.sailjuiceseries.com